The truth about tuition fees and student debt 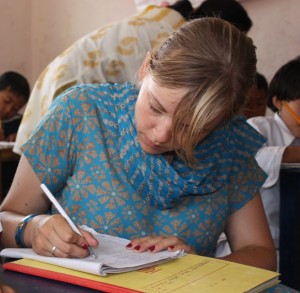 Cambridge has now announced that their tuition fees will be hiked up to £9000 for the academic year of 2012. Other universities will now start following suit, stating how much they intend to charge their students to study at their establishments.

With all of the facts and figures floating around at the moment, I am going to address some of the issues surrounding tuition fees and student debt from the personal standpoint of a recent graduate.

I realise that this is an explosive issue at the moment and so first I would like to qualify why I feel I can comment on this. I studied at a comprehensive school and went to a comprehensive Sixth Form College. Upon finishing there I took out all of the necessary loans and funded my way through four years of university education, without the help of my parents. I feel that this makes me typical for a good number of students and potential students in the country. During my studies I worked throughout all of my holidays. After university I took a gap year, funded by working during my holidays, and worked a ski season, volunteered with bears and turtles and trekked my way across Spain.

Issue 1: I am going to leave university with thousands of pounds of debt.

This is something I cannot argue against- you will leave university in debt. However, this is not a negative debt at all. It is not a debt like a credit card or an overdraft, where things can suddenly spin out of control and you end up in masses of credit, unable to ever even think of getting a mortgage and getting out of the pool of money owing that you find yourself in. You will not have the bailiffs round and it is impossible to fall behind on your payments. It is in fact a controlled debt. This means that yes, you will leave university with around £15,000 (up to £27,000 if university’s charge £9,000 per year) or more debt to your name. What many do not realise however is that this is the best debt that you could ever wish for- you pay it back in line with inflation and only when you are earning past a certain amount of money. At the moment it is £15,000. When the new tuition fees come in it will be £21,000. This means that for the majority of students, they will not start paying back the loans for a while- all at very low interest rates. As it stands, many people may never even start paying it off, or at least will not pay off the whole amount.

From a personal stand point, I have just started paying off my student loan. As my wages come into my bank, the loan payback has already been deducted, just like National Insurance tax. This means that I do not even notice it as it was never actually my money. When you consider that you pay back around £10-20 per month in student loan money, and far far more in tax, then it really is a very minimal amount.

If often shocks people when I say that I have a debt nearing £16,000 but that it really doesn’t affect me- it really is just a number, and barely has any influence on my life at all.

Issue 2: I need to go to university straight away to avoid paying the top up fees

If you do enter university under the higher fees, then you will need to earn more to pay them back. Many women never earn over the £21,000 for long enough to be able to pay it all back as they may go on maternity leave or give up work to stay at home with children for a while. This means that essentially they will not be paying the full whack for three or four years of excellent education.

Also, many people are believing the media hype, and rushing in to university education this year, forfeiting the best places that they would normally be able to get, doing the right degree at the right university. Competition is fierce, and so for some it may be beneficial to wait an extra year to have a wider choice of universities and courses.

It can generally be anticipated that going through university opens you up to more better paid jobs, and to a wider range of opportunities.

Issue 3: In the current climate I cannot afford to do a gap year

Personally, I would say that the current climate is the perfect time in which to take a gap year. With colleges and universities churning out thousands of well qualified, rounded and intelligent individuals, you need something to make you stand apart from the crowd. A constructive gap year really is the way to do this. UCAS, universities and employers really do value the gap year- it shows independence, motivation, dedication and a real ability to adapt. It also makes candidates more interesting and more desirable from interview.

To be able to show a potential employer or university that you have taken some time out- time in which to become more motivated and more convinced of what you would like to do in the future- and have spent it in a constructive fashion, maybe working or volunteering abroad and making a difference, is a real demonstration of how individual you are and how you can face up to challenges.

Some of the points that I have raised might be hard to digest- but I really do feel from personal experience that suddenly scrapping gap year plans to rush off to university for a place that isn’t as good as you deserve (as good as you will get through waiting a year at least!) is not beneficial. You might think that you are saving money, but can you really put a price on a great experience?