Memories from Nepal 5 years on – Part 1 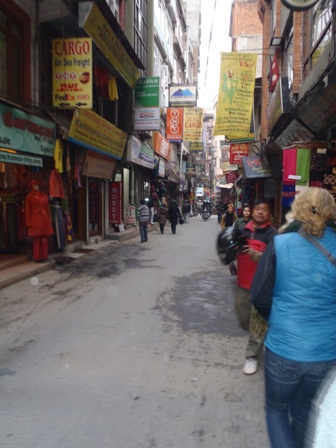 In January 2011, I travelled to Nepal with eight other volunteers to embark on Oyster Worldwide’s four month teaching programme. Arriving back in London in May later that year, I could honestly say that the previous four months had been among the best of my life. Although five years have now passed since my return, I have so many memories from the trip which remain clear in my mind. The series of following recollections are just a few which have stuck the most firmly.

Having never before travelled to a developing country such as Nepal, nothing could have prepared me for the culture shock I experienced when first arriving in Kathmandu. Stumbling jet-lacked out of the airport with the rest of the group, I remember being suddenly hit by a wall of noise, smells and bustling bodies so foreign to me that I felt completely overwhelmed and at a loss as to where I should go and what I should do. As taxi drivers closed in from all directions, and eager porters darted forward to try to relieve us from our bags (for a fee), we were all extremely glad when Basant, Oyster’s Nepal representative, stepped out of the crowd to herd us through the chaos to his mini van that would take us safely into the centre of the city and to our hotel for the first few nights.

Safely seated in the van, I allowed myself to relax slightly and gazed out of the tinted windows as we wove our way through dusty streets full of brightly coloured, honking trucks, overcrowded minibuses, swerving mopeds and trundling rickshaws. To be honest, in those first moments as I stared through the glass at the completely unfamiliar scenes of relative poverty around me, I felt strangely removed from it all – as though I was watching a documentary on life in Kathmandu – not about to be living it myself. Suddenly, as I realised that this was actually happening – I was here, in Nepal, after all those months of planning and preparation – four months suddenly seemed like a very long time, and I remember thinking ‘what have I got myself in for…’ 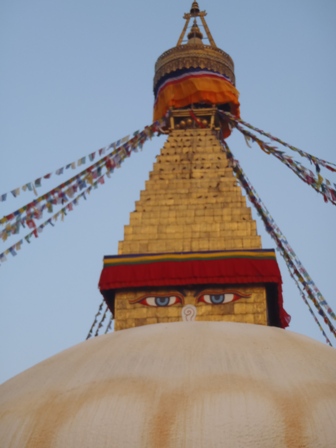 I think the rest of the group shared my apprehension – we spent our first evening in Nepal all crowded into one hotel room (despite having three rooms between us), huddled into our sleeping bags (January nights in Kathmandu are surprisingly cold), not daring to venture back out into the intimidating maze of bustling streets that surrounded us. As I lay in the dark trying to sleep that night, I listened as the sounds of the street bustle and traffic died away to be replaced by a silence punctuated by the occasional barking of dogs, and wondered what the next four months would bring. Looking back now, it is hard to believe how threatened I felt by the streets of a city which would soon become so familiar, and form the backdrop of so many brilliant experiences and wonderful memories. 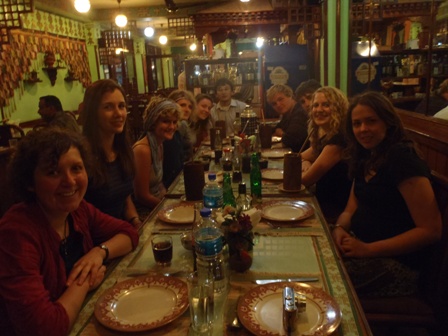