How can I identify the best charities that help endangered animals?

Many of us are passionate about the natural world around us. Several people choose to support charities that help endangered animals, some opt to live an eco-friendly lifestyle, and others decide to actively volunteer. There are so many ways to support the creatures that share this planet with us, and one of the simplest ways is to donate to endangered animal charities.

We have done a round up of the top 17 organisations that help endangered species. These charities are dedicating their work to the sole purpose of making our natural world a better place, and to supporting the animals that live within it. 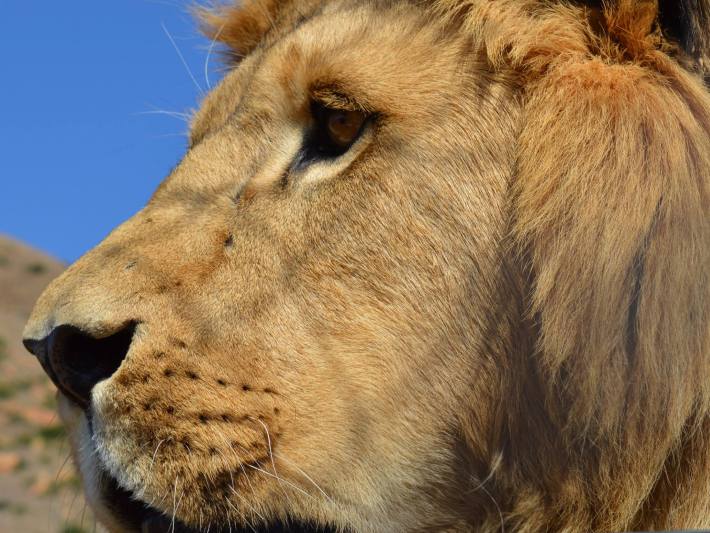 Oyster Worldwide specialises in sending volunteers to help on animal welfare projects overseas. We work with some fantastic organisations, charities and NGOs, and over the past 10 years have met some of the most inspirational people in the world. Not all charities can be supported by international volunteers however, so all of this shortlist focuses on charities that rely on financial support to be able to continue their vital work.

We have searched long and hard to find our 17 top wildlife conservation organisations. Some of them we have personal dealings with, whereas others have come highly recommended to us.

Defenders of Wildlife works tirelessly both on the ground and in the courts to protect and restore threatened wildlife. Their work primarily focuses on North America, although it does have a fantastic worldwide reach. Their conservation efforts extend to the polar bear, wolves, sea turtles, sharks, panthers and manatees. They work at a policy level to ensure that endangered animals are protected, but also offer practical advice to people who have to live alongside bears!

2) International Union for the Conservation of Nature (IUCN)

The IUCN is a the world’s largest global network of government and civil society organisations. Its mission is to provide public, private and non-governmental organisations with the knowledge to enable human progress and economic development, whilst also promoting wildlife conservation. Its firm belief is that these improvements cannot happen independently of each other.

The IUCN is made up of over 1200 member organisations working in 160 countries. The organisations work together to collect data on biodiversity. From this they have gleaned that 40% of the world’s oxygen comes from rainforests, 50% of chemical medicines are based on nature and 100% of our food comes from nature – we need nature to sustain us. Using this knowledge, they train individuals, communities and businesses to exist in the most positive way for the environment, whilst also flourishing financially. 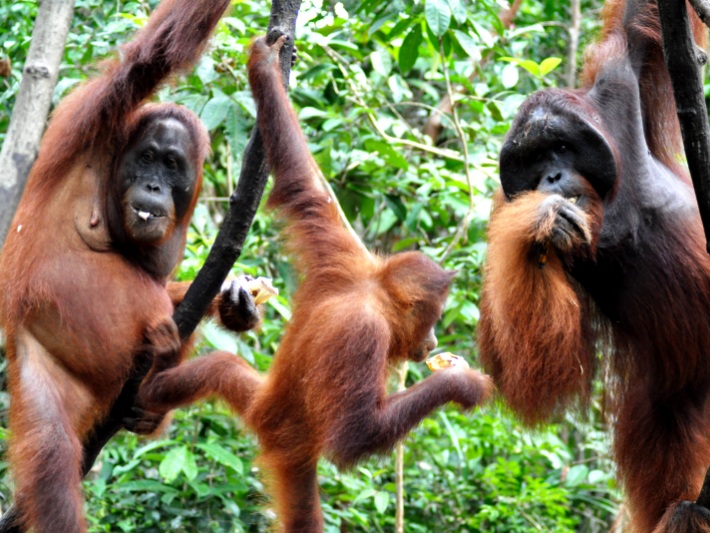 In 1960, Jane Goodall ventured into the forests of Africa to be able to see wild animals living without human disturbance. This decision led to the foundation of the Jane Goodall Foundation, and paved the way for some of the most illuminating research into chimpanzees that has ever been conducted. The research continues to this day, focusing on the state of the forest and the chimpanzee populations. This research is then shared with governments and other protection agencies to create policy to preserve animals.

The David Sheldrick Wildlife Trust is one of the most successful orphaned elephant rescue and rehabilitation projects in the world. The organisation was founded in 1977 by Dr Dame Daphne Sheldrick in memory of her late husband, the famous naturalist David Sheldrick. The organisation focuses on anti-poaching and conservation, as well rescuing and hand rearing elephant and rhino orphans. To date, the foundation has successfully hand-raised over 150 baby elephants and has successfully reintegrated them to the wild.

Of all of our top 17 organisations that help endangered animals, the WWF is probably the best known. Its mission is to conserve nature and reduce the most pressing threats to biodiversity. The scope of their work is huge, covering oceans, forests, wildlife, fresh water, climate and food. They support some of the most endangered animals today – giant pandas, tigers, elephants, gorillas, sea turtles, polar bears, rhinos and whales.

The Gorilla Doctors is a charity dedicated to conserving wild mountain and eastern lowland gorillas. They do this through life-saving veterinary medicine. It is the only charity which provides these critically endangered animals with direct, hands-on care in the wild. With only 880 mountain gorillas left in the world, the work that Gorilla Doctors do is essential. The team performs monthly visits to every habituated mountain gorilla group to perform a visual health check – careful notes are taken so that they can fully map the health of the individuals. Additionally, Gorilla Doctors has helped to hand-rear baby gorillas whose mothers were killed by humans. This is complex work, and key for the survival of this dwindling species. 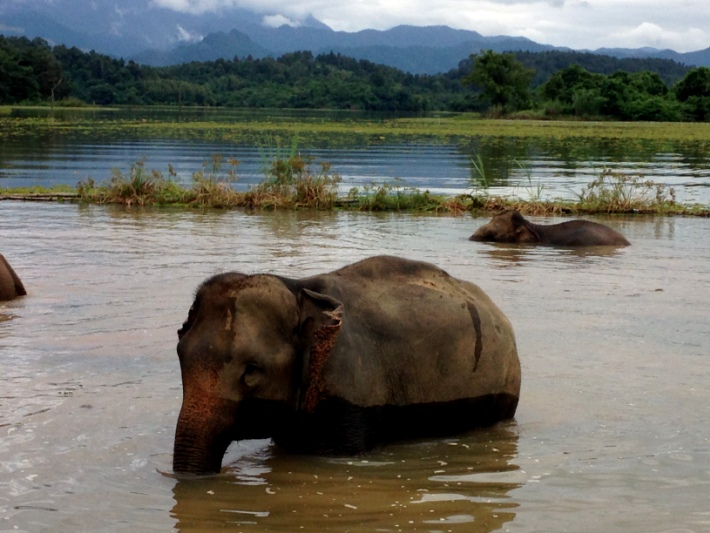 Save the Elephants works to secure a brighter future for elephants. This involves conservation work to maintain their natural habitats as well as educational work to promote understanding. Approximately 30,000 elephants are killed for their ivory each year in Africa. Without urgent action to save the elephants, they could disappear from the wild within a single generation. The charity works tirelessly to conduct vital research on elephant behaviour, using the data collected to work with area managers and communities so that people and elephants can live alongside each other sustainably.

The International Rhino Foundation has been championing the survival of the world’s rhinos for over 25 years. It does this primarily through conservation and research, focussing on the essential grassroots support and working within the community. They understand that change must come from the heart, and they focus their efforts on making sure that local people understand the key issues at hand.

The Charles Darwin foundation is known primarily for its beautiful logo of a giant tortoise. The foundation goes so much deeper however, focusing on research within the Galapgos Islands, and working to keep this incredible micro-climate as natural as possible. Many of the animals that flourish in the Galapagos can only be found in this one place on Earth, and this fantastic charity is doing all that it can to maintain this delicate ecosystem for generations to come. 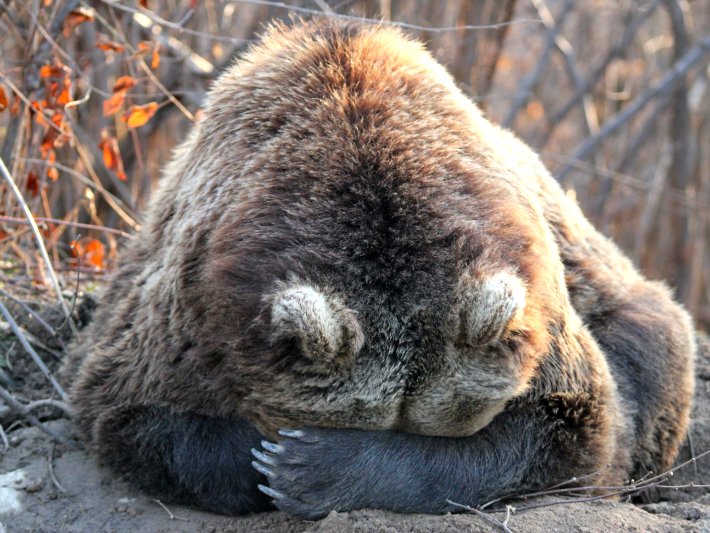 World Animal Protection is a hugely important charity for Oyster Worldwide. In 2007 they contributed towards the initial funding and expertise of the bear sanctuary in Romania, where our volunteers still help today. Due to the fantastic success of the sanctuary, WAP is no longer so closely involved, but they have many other important animal welfare campaigns ongoing. An important focus for them is rescuing bears from bear bile farming, stopping bullfighting and preventing sea turtle farming.

Four Paws focuses its attention on big cats, apes, horses, bears and domestic strays. It has done impressive work in disaster areas, where animals go through huge suffering. They also campaign for stopping unethical practices such as the illegal puppy trade. The charity runs the leading big cat sanctuary, LIONSROCK, which is leading the way in big cat care in Africa.

International Animal Rescue’s mission is to save animals from suffering around the world. Their efforts are currently aimed towards rescuing dancing bears in India, captive bears in Armenia, illegal pet macaques in Java and endangered orangutans in Borneo. They take a very fresh and hands-on approach, keeping donors well updated with the progress of their amazing projects.

Project AWARE works with scuba divers across the world to protect the underwater world. It allows all recreational divers to become immersed in conservation whilst they dive. Divers are encouraged to help remove debris whilst they dive, and report on any anomalies that they experience. So far, Project AWARE has been able to operate in 182 countries. Participants have removed a staggering 1,016,946 items of debris!

Pandas International was founded in 1999 by two American ladies. On a visit to China they visited a panda centre, and were so concerned about the future of this cuddly looking creature that they decided to take action. They work with reserves in China where pandas can be found, providing them with vital medical equipment and supplies. This intervention allows for the development of a successful breeding and reintroduction programme.

The RSPB works throughout the UK, helping to care for injured birds, take a lead on large-scale conservation initiatives and advise on policy. The RSPB is responsible for some incredibly diverse habitats across the UK, aimed at providing a safe home to our feathered friends, such as migratory and wetland birds. They help people to create gardens that are more friendly to bird life, as well as lead on education initiatives. They are a household name on this small island. 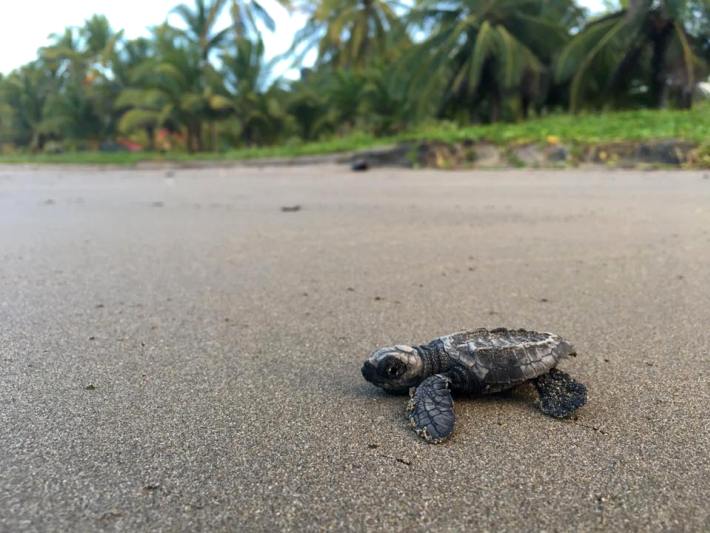 The Sea Turtle Foundation is a non-profit group based in Australia, aiming to protect sea turtles through research, education and action. The organisation is addressing the threats of loss of habitat, ocean pollution and death by fishing. They rescue stranded turtles, provide education in schools and communities, and campaign for policy change.

Koalas are under threat in Australia. Their habitat is being destroyed, which means that they have limited food supply and limited shelter. The roads and dogs are also a huge threat, meaning that koalas are becoming increasingly rare. The Australian Koala Foundation helps people to become more “koala friendly”, suggesting which trees to plant in their gardens and offering the opportunity to help reforest native koala habitats.

A huge thanks to all of these top organisations that protect endangered species.