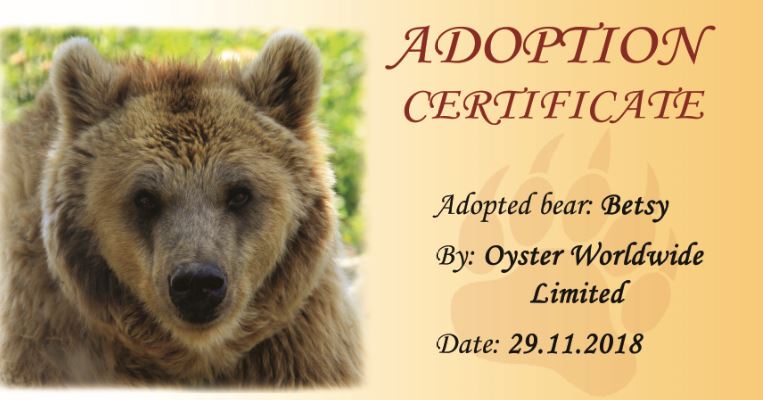 Oyster Worldwide are delighted to welcome a new member to the Oyster volunteer family – Betsy the bear. On 29th November 2018, Oyster Worldwide formally adopted Betsy, who lives at the bear sanctuary in Romania. 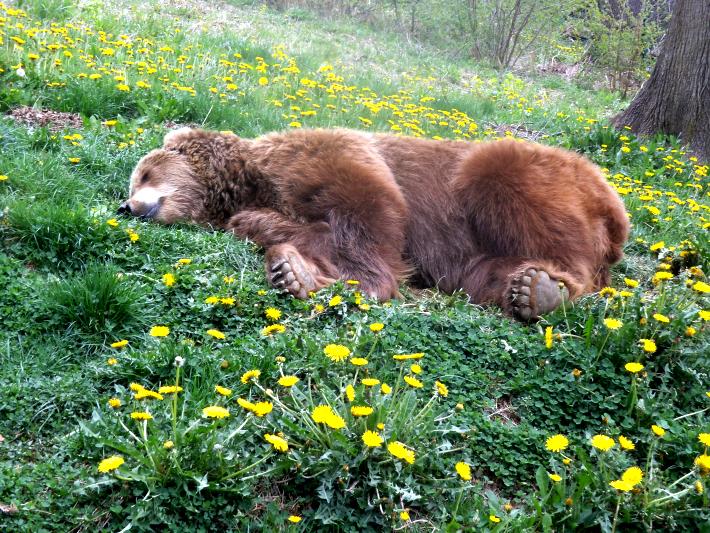 What is Betsy’s story?

Volunteers have been falling in love with Betsy ever since she arrived at the bear sanctuary in 2010 – and so have we!

Betsy started life working in a circus. For over 10 years Betsy travelled with the circus, visiting countries all around Europe before going to the USA. Whilst travelling the USA, the circus closed, and Betsy’s life changed dramatically. She was no longer forced to perform for people each night, however her luck did not improve.

After the circus closed, Betsy was abandoned on a farm, where she was kept in a tiny dirty hen coop. She existed in this desperate situation for over nine years, surviving off leftovers from a fast food restaurant. This awful diet left her with severe stomach problems and many rotten teeth. The SPCA Houston eventually found her, and worked closely with the bear sanctuary in Romania to bring her home.

Betsy was aged 24 when she arrived to the sanctuary in 2010. She had been kept captive for over 20 years and this has caused all sorts of problems, which the sanctuary is treating and improving for her. Betsy has fragile health after the many years of mistreatment, however her beautiful face does not show the many traumas that she has experienced.

Betsy’s eyes are captivating, and her fur is very fluffy. She has come a long way since she arrived at the sanctuary, however she does still require lots of specialist care and attention. 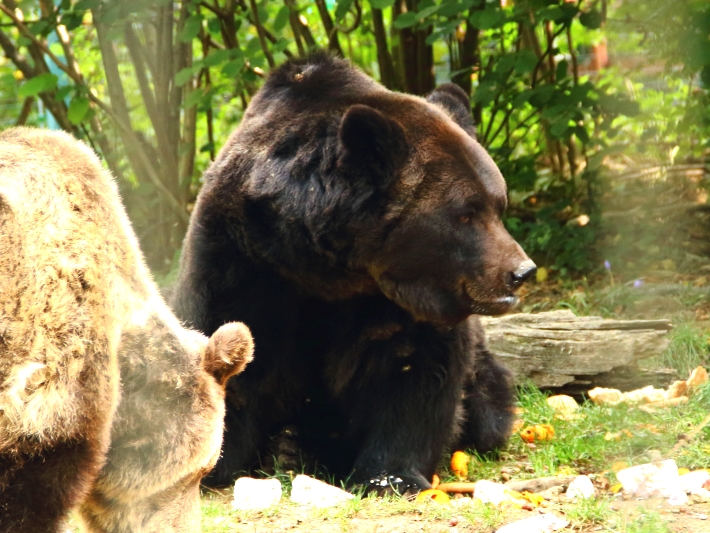 In November 2018, we were devastated to learn about the death of Max the bear. Oyster Worldwide had been sponsoring Max since 2012, after Destination Manager Anne fell in love with him when she volunteered for 12 weeks in 2009.

Max had a tragic past. He had been separated from his parents as a young cub so that he could become a perfoming bear. His owners cruelly blinded him so that he would not escape, or present any threat to the owners or tourists. For years, he was forced to stand outside a restaurant to encourage tourists in to dine.

Thankfully this torment ended in 2008, when he was rescued and brought to the bear sanctuary. He received specialist care and attention, and eventually he was able to live a life as natural as possible. Max lived in an enclosure on his own, so that he could access plenty of food and get to know his environment intimately. He was able to move around the enclosure, getting to know it over the 10 years of his life at the sanctuary. This enclosure had a pool and trees, was next to other bears so that he could communicate with them, but also afforded him the space to develop his other senses.

Max’s other senses really developed whilst he was in the bear sanctuary. He could smell the food as it was being brought to his enclosure, hear it thudding onto the ground when it was thrown over, and find his way towards it so that he could have a good feed. It was amazing to watch, and appreciate how much his life had changed. 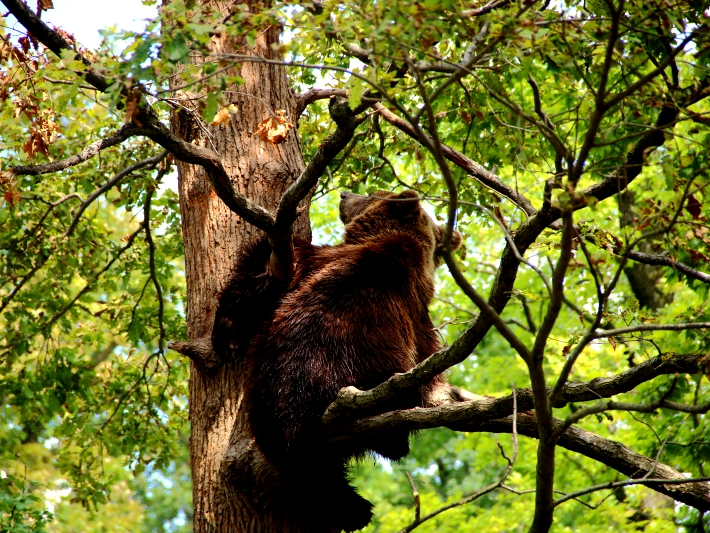 The bears at the bear sanctuary

Many of the bears at the bear sanctuary come from upsetting backgrounds, and we would love to help them all. We can however only bring one bear at a time into the Oyster volunteer family through the adoption scheme. We do make regular donations to the sanctuary so that we can help all of the other bears who live there.

You will learn all about the bears and their back stories whilst at the sanctuary, either through chatting with the people you meet or through the excellent Bear Sanctuary book which we give you as a thank you present.

We have no doubt that you will fall in love with all of the bears, but there is often one that stays with you forever. For us, Max was that bear, and through his legacy, we are now supporting Betsy.

If you would like to join the Oyster volunteer family yourself and help out at the bear sanctuary, have a look at our Romania sanctuary webpage. 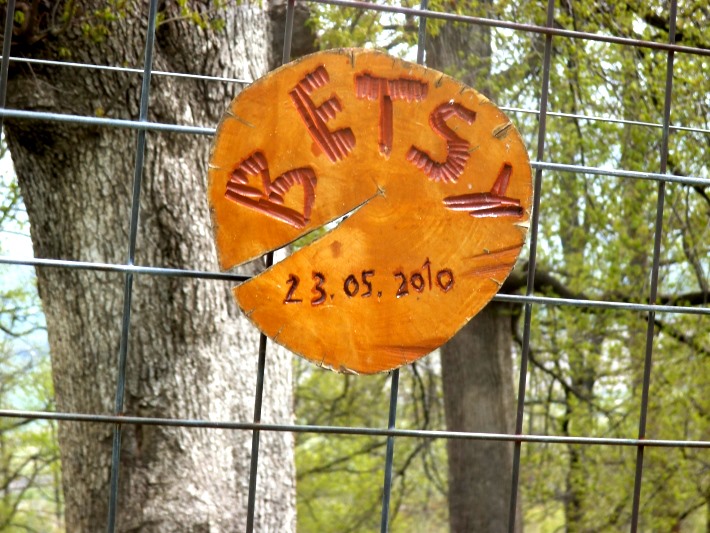