Conservation volunteering on the Galapagos Islands

Located almost 1000km from mainland Ecuador, this isolated group of volcanic islands and its fragile ecosystem has an almost mythological status for its amazing biodiversity. This is the one place on the planet where the human footprint has been kept to a minimum, and where the animals display no fear of humans, allowing for some of the most intimate animal experiences on Earth.

Despite this, the islands are under threat, and as such Galapagos conservation is paramount. Join in with Galapagos volunteer opportunities and work with some inspiring locals to help preserve their little patch of paradise for generations to come. 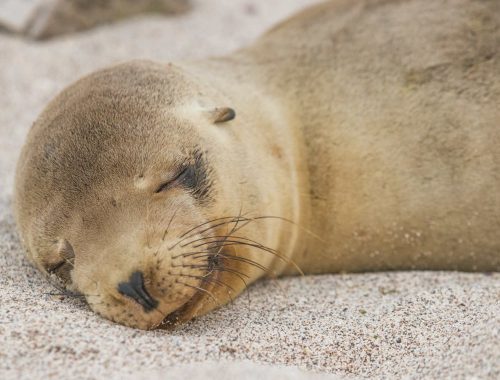 Conservation volunteering on the Galapagos Islands

The Galapagos Islands are a dream come true for anyone looking for the wildlife experience of a lifetime. The islands are famous for the huge number of bird and animal species which are unique to this archipelago. The islands boast an astonishing amount of biodiversity given their volcanic and largely dry nature, with amazing scenery, flourishing vegetation and abundant wildlife. Prepare yourself to see an incredible array of animals, from sea lions to marine iguanas, from lava lizards to colourful seabirds. Thanks to the abundance of this unique wildlife, 97% of the islands are designated as a national park, with considerable emphasis placed on conservation.

The Galapagos Islands are famed for being the launchpad for Charles Darwin’s theory of evolution. The species which he studied there have all adapted themselves to suit their unique island environments, passing their adaptations on down through the generations. This makes it an especially exciting location for lovers of wildlife, as you will see variations of species that exist nowhere else on the planet.

Since Darwin’s time however, humans have caused innumerable problems in the Galapagos, from whalers destroying the whale populations to scientists taking too many samples, and effectively killing off strains of species. In addition, settlers have brought in plant and animal species from the mainland which have spread to the extent that indigenous species are being overtaken and are dying out.  This has resulted in 60% of native plants becoming severely under threat. To face up to this threat, the president of Ecuador declared conservation here as a national priority, and in 2008 Ecuador was the first country in the world to grant legal rights to nature, stating that it “has the right to exist, persist, maintain and regenerate its vital cycles, structure, functions and its processes in evolution”.

It is impossible to dispute that the Galapagos Islands are some of the most fascinating islands in the world. Its past treatment however has put the archipelago at great risk, and as such conservation here is paramount. Join volunteer projects in the Galapagos to help preserve this incredible biodiversity for years to come, all the while enjoying its enchanting beauty.

Whether you are on a gap year or career break, or simply looking for a holiday with a difference, exploring the Galapagos Islands should certainly be up there on a list of things to do. And if you want our inside advice – do it now, before everyone else gets there first.