Tory has been our Whistler representative since 2004. Tory is a British citizen but happened to be born in Canada, meaning she could also get a Canadian passport (very lucky lady!). After school she decided to take a gap year and spent it living in the Canadian east-coast resort of Mont-Tremblant before heading to University in the UK.

After completing her degree she decided to return to Canada and use her Canadian citizenship, this time venturing to Whistler to become a ski instructor and has remained there every since. She is now happily married to Mike, one of the best ski instructors in Whistler, and they have two young children. Full time, Tory works as a senior manager at whistler.com.

We asked Tory some questions about her role with Oyster:

Q1 How did you become an Oyster representative?

I think I have been an Oyster rep for 14 years now!  Too long to remember anyway.  I had been in Whistler for a few years and Roger was looking for a new rep.  Through a series of family connections my name came up as being someone who lived in Whistler.  I met Roger and was immediately intrigued with the potential.  My first group consisted of two Oysters who worked at the Fairmont hotel but I was employed by Whistler Blackcomb at the time and realised there was great potential to have people work in the snow school.

Since 2004 we’ve been really fortunate to have our participants working for Whistler Blackcomb at the snow school. Our biggest year has been 50 Oysters in Whistler which I am proud to have been a part of.

Q2 What does your role involve?

It depends on the day and the time of year!  Most of my work is done in preparing for a groups arrival. Predominantly I am the liaison between Whistler Blackcomb, the hotels and Oyster.  I organise the airport arrival, overnight stay in Vancouver, orientation on arrival and in-resort discounts as well as monthly meet ups. Most importantly I am here should an Oyster participant have an emergency.  I also work to seek out new opportunities for Oyster in Whistler.

Q3 What are the highlights of being an Oyster representative?

I love working for Oyster for two reasons.  Firstly I love seeing everyone arrive in Whistler and experiencing the magic of the place.  I will never forget my first year and, since I am still here almost 15 years later, it’s great to be annually reminded of how it all started for me.  Secondly Oyster is a fantastic organisation.  I love that Roger and the UK team are so involved in the projects and the amount of time they spend getting to know the participants before they head out to Canada. It is so important that Oyster vet the applicants that come to Whistler to ensure that we get the best people on the programme. This is achieved consistently every year!

Q4 Why should people spend a season in Whistler?

Whistler is consistently voted the number one ski resort in North America, why would you go anywhere else in the world – there is no better place to ski, work and live.  Oh did I mention my other job is working with Tourism Whistler?!

Q5 What changes do you see in the Oyster participants during their time in Whistler?

I love seeing everyone’s confidence grow over the season.  Oyster participants have so many achievements to be proud of – our instructors pass their CSIA Level 1 which is a tough exam since you are continuously assessed over three days and they work extremely hard everyday.  Whistler Kids is a hugely fun environment but this is a responsible job at the end of the day. Our participants work and it can be exhausting at times. As well as confidence, they also build independence, maturity and social skills.  I love watching them discover how special Whistler is.  It’s a unique community since the majority of people have chosen to live here and the passion for the mountains is shared by all. 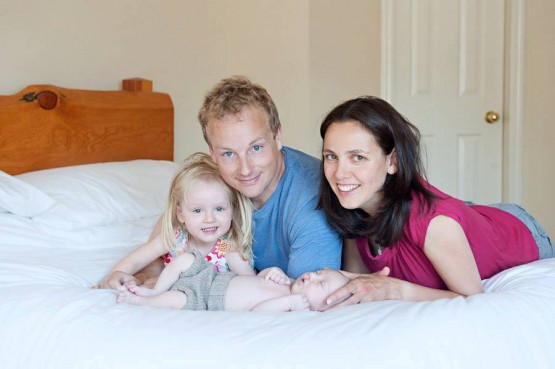 Find out what makes Whistler so special yourself by joining our winter season programme and spending a season out there. To find out more visit out webpage or contact our destination manager, Jon, for a friendly chat on +44 (0) 1892 771972 or send him an email: [email protected].