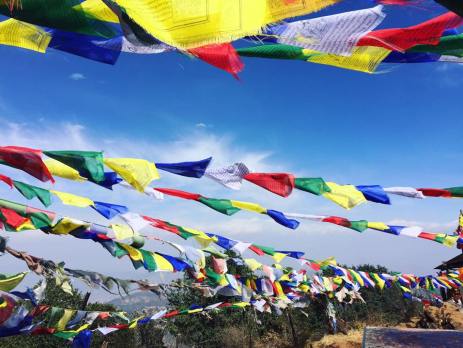 Here at Oyster, we’ve been sending volunteers and trekkers to Nepal since 2001. Over the years, we’ve picked up a lot of useful knowledge about the country from our own visits, our participants, and staff in Nepal. We’ve compiled our list of the top 19 things you probably didn’t know about Nepal, some of these are a bit bizarre, but useful nonetheless!

Nepal is country that should be on everyone’s travel bucket list. It has so much to offer, from the awe inspiring landscapes, the culture and some of the most friendly people on the planet. I challenge you to visit Nepal and come up with your own list of things people wouldn’t know about Nepal. It is a still a country that is steeped in mystery, there is so much for you to discover and I hope that this list has whet your appetite for further exploration!

Oyster offers volunteer teaching programmes in the Kathmandu Valley, as well as being able to organise treks to Everest Base Camp and the Annapurna region of the Himalayas. For more information, give me a call on +44 (0) 1892 771972 or email me – [email protected].