Top conservation initiatives from around the world 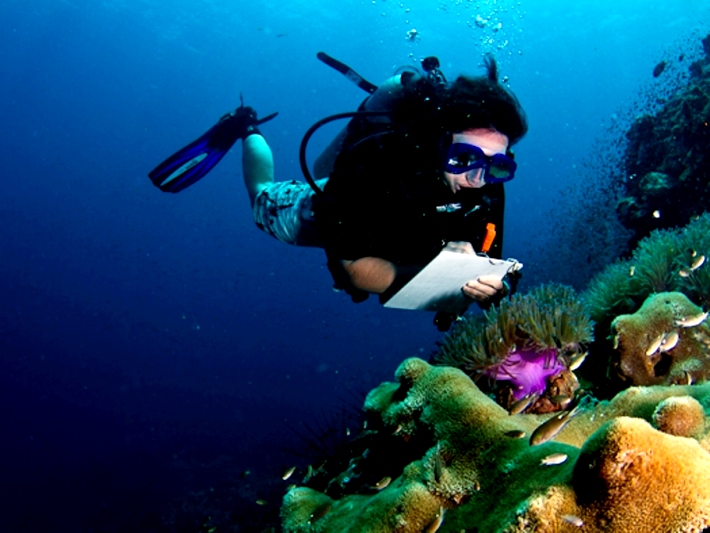 A celebration of conservation initiatives

In 2017, millions of people across the UK and around the world were tuning in to Blue Planet II for a weekly education about our amazing underwater world. The Telegraph described it as “the most entrancing and revelatory television of 2017”, documenting the “incandescent beauty, variety and, often, previously unrealised intelligence of our ocean creatures”. This programme did so much to open people’s eyes to the incredible planet that we live on, but it also did something even more important: it made people aware of the threat that human beings pose to this stunning planet. Sir David Attenborough rounded off the series with a message of hope and encouragement, inciting people to take positive action to help our world.

Since these broadcasts, we are delighted to see more media interest in animal welfare, the role of plastic in society, how rubbish is disposed of and how this impacts creatures many miles off our shores. There is an overwhelming message of hope that people are keen to embrace – the oceans can and will recover if we mend our ways.

Oyster Worldwide has been dedicating time and effort to conservation and animal welfare since 2007. Our volunteers have travelled the globe promoting welfare and improving ecosystems for generations to come. Blue Planet is a celebration of our passion for the world, and we hope that many more volunteers will join us to help be the change that we want to see in the world. 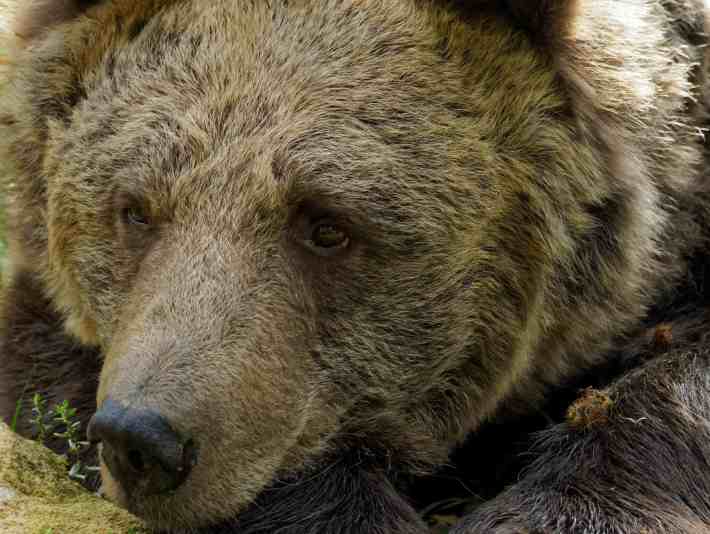 The Oxford English dictionary defines conservation as “preservation, protection, or restoration of the natural environment and of wildlife.”  Unsurprisingly however, the actual meaning of conservation goes a lot deeper than this. Essentially, conservation can be divided into three different categories:

What does marine conservation mean?

The main focus of Blue Planet II was the marine world. Marine conservation is the protection of ecosystems and species that reside in oceans and seas. This can involve protecting species through improved management of human activities such as industrial fishing and diving, but also through improving agricultural practices and rubbish disposal.

Oyster Worldwide volunteers participate in marine conservation projects around the world. From helping to protect nesting and hatching turtles in Costa Rica, to monitoring great white shark activity in South Africa, to researching the health of coral reefs in Thailand, there are some amazing ways that you can actively become involved in marine conservation activities. On all of these projects you will be making a genuine contribution to improving our world, also helping with beach clean ups, collecting data to lobby governments to improve their regulations and educating people about the importance of the marine world. 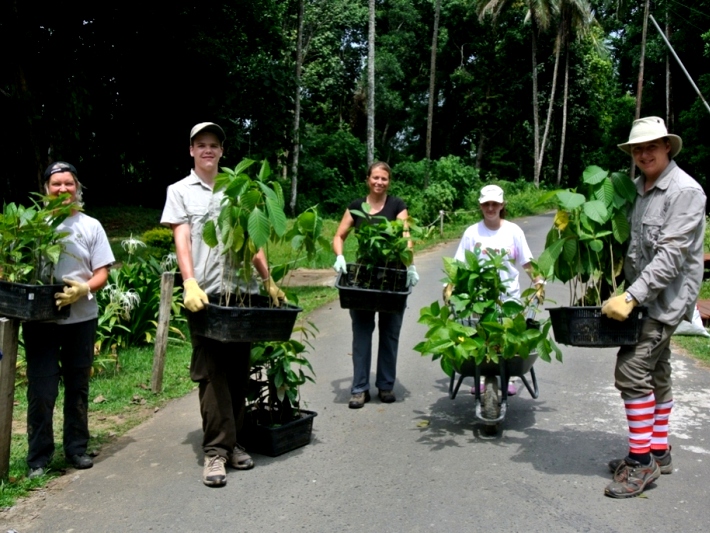 What does environmental conservation mean?

Environmental conservation basically means protecting our environment and using it sustainably. Environmental conservation can involve actively protecting habitats such as the rainforest, finding sustainable ways to live on this planet, increasing biodiversity, improving recycling facilities and basically working with the natural world, rather than in opposition to it. This can easily be done in small steps in our day to day lives – reducing the amount of plastic that we use, using more public transport, recycling more – all very easy solutions!

If you are keen to really immerse yourself in something deeper, you might like to consider joining other Oyster Worldwide volunteers on our conservation volunteering projects. Volunteers head to countries around the world to preserve our ecosystems. We have volunteers helping to conserve the rainforest in Borneo, preserve natural habitats in New Zealand and improve the ecosystem for wildlife in South Africa. 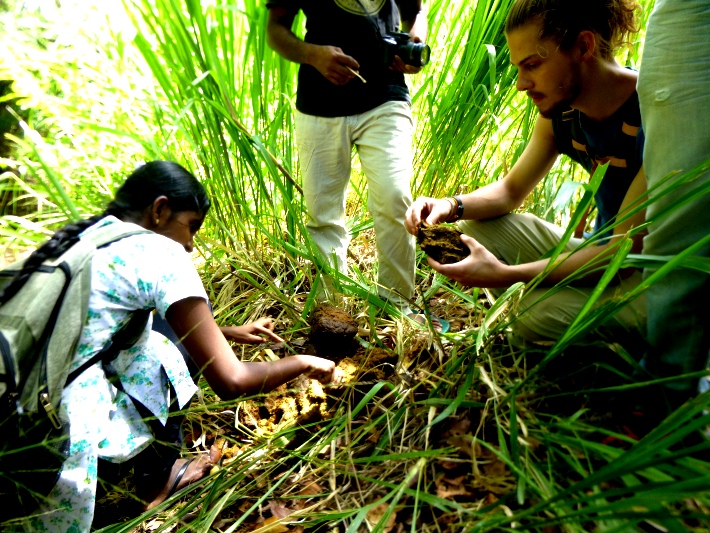 What does animal conservation mean?

Animal conservation is the practice of protecting wild animal species and their habitats. Over time, many species have become extinct and many more are now endangered, raising the importance of animal conservation. Threats to our wildlife include global warming, farming, population growth, hunting and pollution. Many of these threats are from humans themselves, so should be reversible.

Oyster volunteers help with some incredible animals around the world, promoting their survival both in the wild and in sanctuaries. Examples of wildlife volunteering include caring for abused bears in Romania, promoting positive relationships between elephants and humans in Sri Lanka and rehabilitating monkeys in South Africa.

What is the importance of wildlife?

Many people just assume that animal conservation is considered important because of our love for many animals. There are in fact many great reasons why we should be working together to promote wildlife conservation, and here are just four of them: 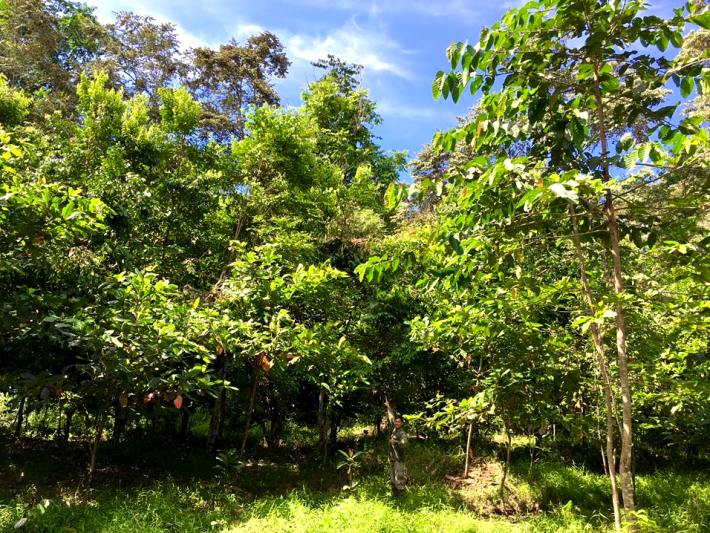 What is the world doing to help promote conservation?

Governments, NGOs and individuals around the globe are pulling together to promote conservation work. These conservation initiatives are helping to change the fate of our planet one small step at a time, and we hope that many more will flourish. We have selected some of our favourite conservation projects that are ongoing today, that are approaching these issues in very different ways.

1) China: reforesting the country one step at a time

China suffered brutally from serious flooding in 1998, mainly caused by too much deforestation. In 2002, the Chinese government began an amazing (if not very ambitious) project to reforest 5% of the nation (up from 2%) – an area similar in size to California. The government has achieved these astonishing results through banning logging in many areas and by paying farmers to plant trees instead of them earning a living by cutting down the trees for wood.

In 2018, the Chinese government has again committed to do more. It has announced plans to plant 6.6 million hectares of forest, covering an area roughly the size of Ireland. Its future aims are impressive too: China is working towards raising the total amount of the country’s territory covered by forests from 21.7% to 23% by 2020, and then up to 26% by 2030. The main aim is to mitigate the impact of climate change, but also to reduce erosion, capture carbon and provide economic benefits.

Yellowstone National Park in the USA become the world’s first modern wildlife reserve in 1872. There are now 44,000 across the globe. The growth is described by the IUCN as “one of the greatest conservation achievements of the twentieth century”. National parks now cover over 14 million square kilometres, an area equivalent in size to China and India combined.

2018’s greatest success story so far is Chile, which is creating 5 new national parks covering 10 million acres. This is to preserve vast tracts of Patagonia and is a great opportunity to use natural resources in a way that do not destroy them. Chile now has 17 national parks in just one area, forming an amazing route that stretches down the southern spine of Chile to Cape Horn – a fantastic invitation for wildlife tourism. 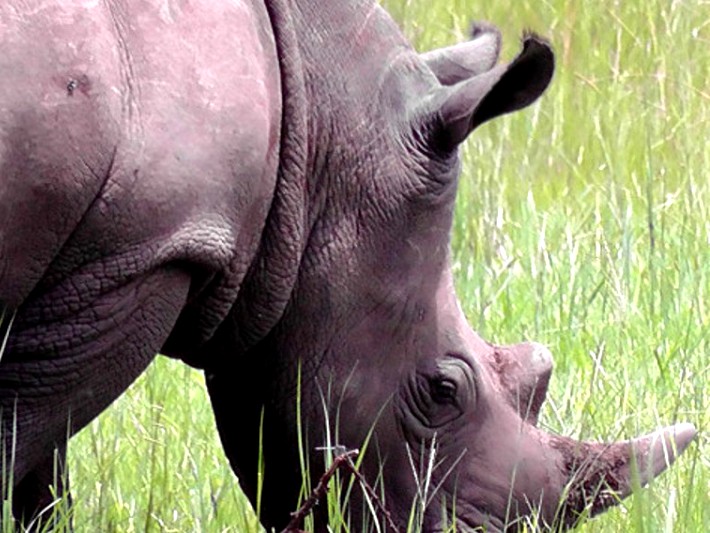 3) The reintroduction of the southern white rhino to Africa

According to WWF (World Wildlife Fund), one of the greatest conservation success stories to happen is the recovery of the southern white rhino. In the late 1800s, rhinos were considered extinct in Africa, largely due to hunting and habitat loss. It was later discovered that there was a small population of about 50 rhinos still clinging on in South Africa. The excitement of this discovery led to a flurry of activity and the creation of protected areas and the breeding of rhinos in private centres. Though poaching is still a problem, the population has swelled from just 50 to a staggering 11,000, making this the most numerous of all rhino sub-species. Wildlife surveillance has helped to keep poaching to a minimum.

The successes from South Africa are contagious. In the 1990s, the first ever rhino sanctuary was opened in Uganda, with just three rhinos to populate it. There are now upwards of 20 rhinos residing at the sanctuary, roaming freely around, procreating and re-establishing themselves. Although poaching is always a concern, the local population benefits from the sanctuary through eco-tourism and job creation, meaning that they are adamant to do all they can to protect their new neighbours. This conservation initiative is an exciting one, and we are all looking forward to learning more about the next generation of rhinos in Uganda. 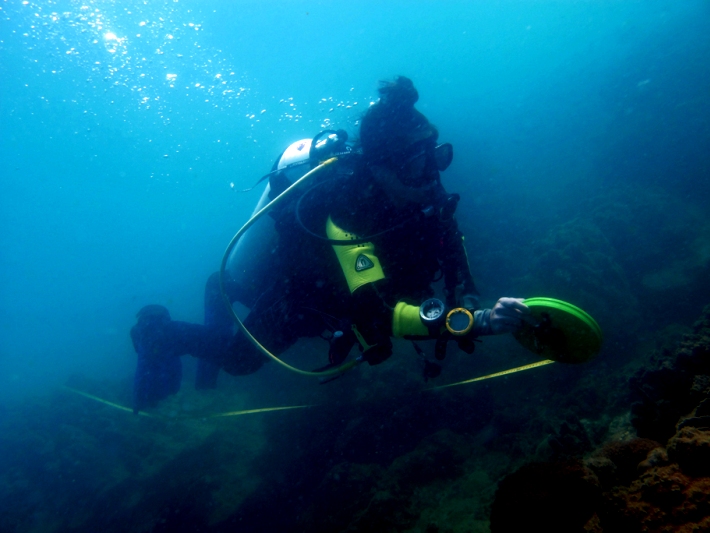 Project AWARE describe themselves as a global force of divers. The organisation works with scuba divers across the globe to protect underwater environments. To date, they and their members have removed 966,546 bits of debris from the ocean across 182 countries. Members are encouraged to join Project Aware so that, every time they dive, they can give something back and preserve the environment for future generations.

The negative impact of rubbish and plastics in our waterways was expertly highlighted by the Blue Planet series, but here are some terrifying facts to bring it home:

Project AWARE campaigns and works closely with partner organisations to clean up the oceans and to improve legislation to protect them. Most importantly, they encourage divers to come with them on this conservation journey and to actively help out whenever they go diving. They encourage certified divers to collect data as they dive, remove marine debris and report the results. Dive surveys take place frequently, where passionate divers can meet up and help to collect this valuable data, which can subsequently be used in campaigns to make a change in the future. 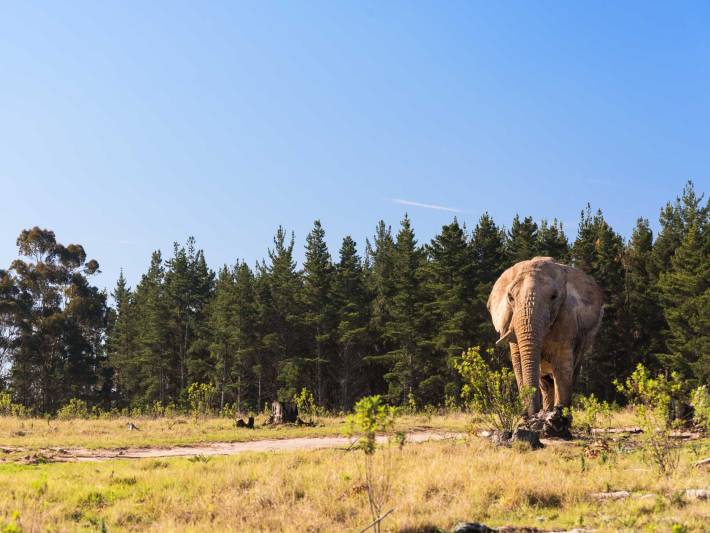 5) Save our Species: improving biodiversity throughout the world

Save our Species was founded in 2010 to ensure the long-term survival of threatened species, their habitats and the people who depend on them. SOS identifies and supports the best frontline wildlife conservation projects worldwide that are helping to address the global extinction crisis.

It has several key aims:

Some of the animals that have benefited from their conservation efforts are:

One of their fantastic projects is working in Thailand to promote the survival of elephants, tigers and pangolins. ZSL works across a protected area of national parks, wildlife sanctuaries and non-hunting zones. In this area, ZSL is working to monitor and mitigate conflict between humans and elephants – both are fighting for dwindling resources such as food and land. ZSL works within communities to mitigate the effects of crop raiding, creating a human-wildlife conflict resolution model that can be replicated in other spheres. They are training locals to take action to protect both the elephants and the local communities.

Conservation efforts are also being made in Thailand to provide a safe haven for the dwindling tiger population. With increased law enforcement, effective patrolling and sustainable management, this could become an important tiger conservation area. We can’t wait to hear the developments.

To learn more about Oyster Worldwide and our conservation work, please visit our website www.oysterworldwide.com. We would love for you to help us make a difference and explore the world as a volunteer. 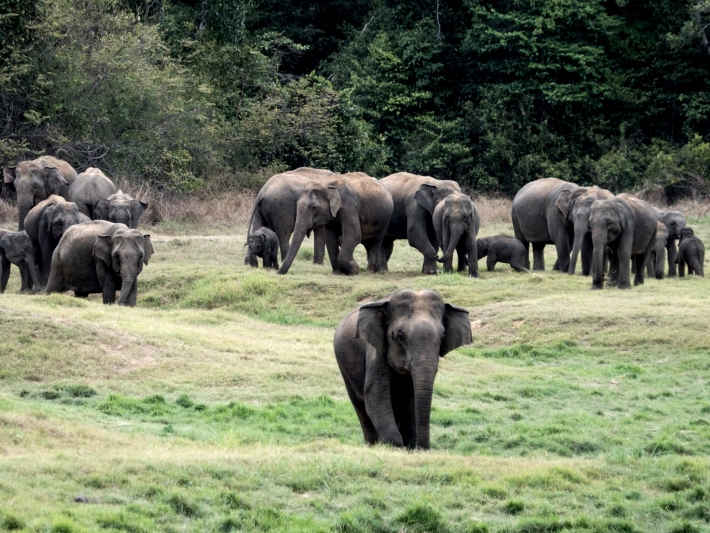